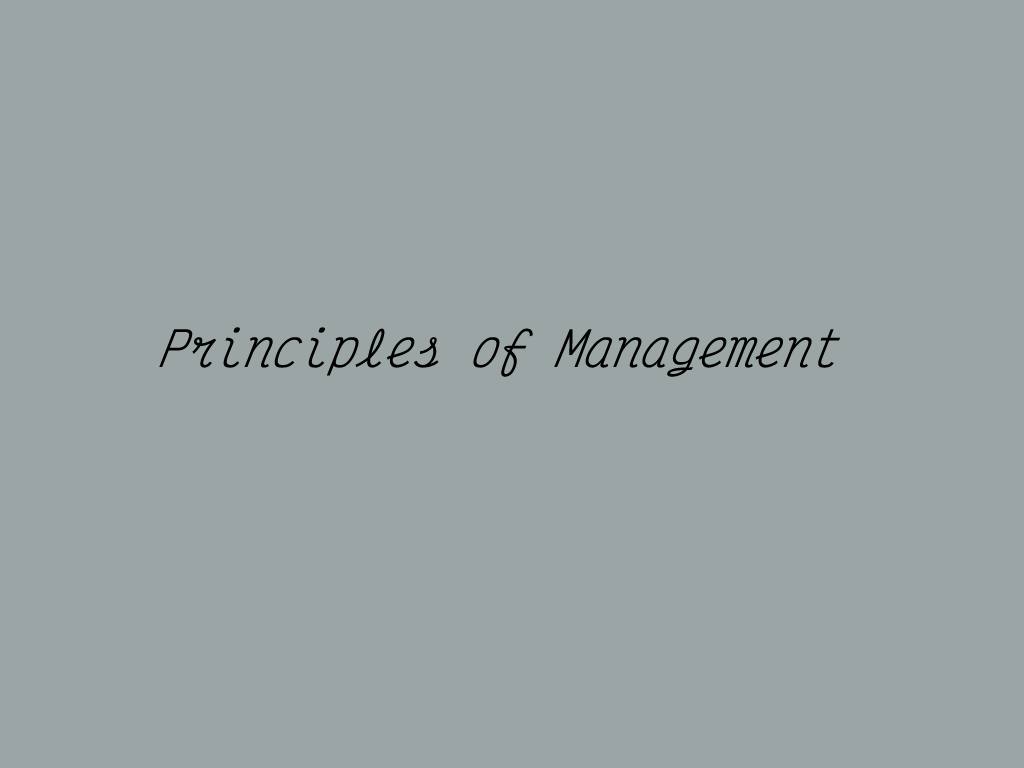 American department store chains have an interesting tradition of being or at least beginning as family businesses. This belief is supported by an example of Kohl’s which is now a big department store chain with headquarters in Milwaukee, Wisconsin. That corporation started as a single man’s project, and quickly grew into a successful business giant that was led by family members. Nevertheless, nowadays, the owners of the chain are different, but the company still improves and enlarges the amount of its stores leading to its further success.

Kohl’s department store chain began as a single supermarket in Wisconsin. It was opened in 1946 by Maxwell Kohl. He was an immigrant from Poland who moved to the United States in the 1920s (Daykin, 2002). He had an experience in business since he had worked in traditional grocery stores in Milwaukee before. Thus, he opened his supermarket which would later grow into a huge corporation with years of experience and work in that field. The supermarket specialized in food and became the first one in chain called Kohl’s Food Stores. The store was the first modern supermarket in that area, and it was also the biggest taking 13,000 square feet (Daykin, 2002). The chain was successful enough for Kohl to enlarge his company and start something new. Thus, he focused on department stores, and in 1962, he opened the first one in Brookfield, Wisconsin. Kohl had made a smart choice of placing his chain in-between other chains. His stores were not as expensive as higher-end department stores; that had attracted a lot of customers with lower incomes. Thus, Kohl was able to maintain stable prices with good quality of products he was selling. Kohl also enlarged the variety of products in his stores. He was no longer specializing in one particular area. On the contrary, customers could find everything in his stores since there were foods, clothing, sporting equipment and even engine oil. Thus, the single supermarket grew into a universal store department.

All of the family members were working together in the department chain which was why it became a family business. Changes came in the seventies when the controlling interest in Kohl’s Corporation was bought by what is now BATUS Inc. Nowadays, it is the world’s second largest cigarettes manufacturer, but at that time, it was United States subsidiary of British American Tobacco Company. In 1972, when the purchase took place, Kohl’s Corporation consisted of 50 grocery stores, six department stores, three drug stores and three liquor stores. For some time, members of Kohl family remained managers of the corporation, but soon, they left the business and started new projects. Herbert Kohl, for example, who used to be leading the company, became a senator from Democratic party; he was elected four times but retired in 2011 (Hulse, 2011). Thus, the corporation began to function without any Kohls on the board.

That was a time of big successes for the company. It expanded the amount of the stores, opening almost thirty new stores in three states showing corporation’s economic and territorial growth. Decade after purchase, BATUS Inc. decided to sell the corporation. Thus, in 1983, A&P bought the Kohl’s supermarket chain. That purchase led to company’s further expansion. The purchase which was done by the group of investors in 1986 allowed opening 26 more stores. Later, the company expanded geographically. It opened few more stores in Chicago and Midwest broadening the area in which it was operating (Randle, 1989). The greatest changes came in the 1990s when the company went public. The second half of the 90s is considered to be a period of the biggest expansion. Then, the chain spread across many locations opening new stores in different states. In 2007, the corporation even opened its first design office which was located in New York City.

Nowadays, the stores are in every American state expect Hawaii. The corporation is growing so quickly that there were forty stores opened in 2011. Thus, the company is developing, but at the same time, it is starting many innovations in order to keep up with the modern expectations. For example, the corporation closed its food stores considering them to be ineffective and not profitable enough. At the moment, the company’s main focus is on clothing. There is a variety of other products it sells. For example, there are also jewelry and watches as well as house equipment and products for bathing. The store also sells toys and clothing for children, as well as sports equipment.

It is also interesting to see how the company is developing at the modern stage. First of all, Kohl’s pays a lot of attention to ecological issues. The company is considered to be “green” applying to its eco-friendliness. Kohl’s is among the most ecologically friendly companies, and it is ranked first among its competitors concerning ecological issue, as well. The company also uses solar power widely, and many locations have solar batteries. The managers of the chain planned to have more than 150 solar locations by the end of the previous year; interestingly, it is not the only eco-friendly power source the company is using since it is also planning to use wind energy, as well as “expand the number of electric vehicle charging stations at its stores” (Cardwell, 2012).

The company also published its sustainability report stating its main goals. Analyzing them, it is easy to see in what directions the company wants to develop. Thus, it also allows seeing how Disney principles of “Dream, Believe, Dare, Do” can be applied to Kohl’s company.

First of all, it is important to understand what Disney principles actually mean. “Dream Principle” means not only dreaming oneself but also making dreams of other people come true. Thus, dream in the larger sense means setting high goals and reaching them.

“Believe Principle” includes high motivation which should be present among all of the employees who have to share and support the company’s goals, as well as be devoted to achieving them. It also means finding logical ways and approaches to make the dreams, goals and expectations come true.

“Dare Principle” means daring to be different and innovative and doing something that competitors would not think of. Thus, it means finding new approaches and ways to improve, as well as looking at work from a different perspective. Finally, “Do Principle” means taking action; it requires combining three previous principles together and working in order to achieve necessary results.

Disney principles can be easily applied to Kohl’s Corporation. First, it has to dream big, and by looking at its sustainability report, one can say it can. First of all, the company may share its customers’ dreams of absolutely “green” corporation. Kohl’s wants to reduce carbon emission and make the most effective ecological solutions. This may be Kohl’s dream. Thanks to company’s approach and look at things, it is easy to see that the company actually believes it can achieve that. “Daring” means that the company may use its tools and resources in order to achieve the goals, and doing means implementing them.

Kohl’s may also implement Disney principles in its design. Kohl’s corporation is interesting because the majority of its stores are free-standing. Kohl’s should dare to dream to make its stores as appealing as possible in order to attract more customers. Thus, dreaming means listening to people’s expectations and determining what stores Kohl’s need. Believing includes renovating and changing some stores, as well as making them more effective and modern. Daring means actual planning and projecting of the stores Kohl’s is about to change or open, and doing means taking all of these steps into action.

Disney principles include treating customers as guests, so they feel appreciated and respected in stores. That is something Kohl’s has to dream about. It needs to provide customers with the best quality service ever. In order to achieve that, employees should be highly motivated, enthusiastic and eager to work. Thus, the company has to think of providing its employees with the best quality conditions possible in order for them to work well. People who like their jobs are more likely to work well with customers. It means that the corporation has to pay a lot of attention to team-building. Forming a team of “A-players” who are devoted to their jobs, as well as the entire corporation is a dream Kohl’s should make come true. “Believe principle” means finding out the employees’ expectations and connecting it with the corporation’s abilities. Daring requires changing working atmosphere for the better. In this case, doing will be a consequence of the previous steps because employees will be more satisfied with their work, which will have a positive impact on customers who will receive better service.

Dreaming big is something that the company has to think of. Kohl’s has to think of going abroad and becoming an international corporation. In order to make other people believe in its success, it has to believe in it first. Thus, the company can use its “green” positive image in order to attract more customers internationally. Daring means finding possible and suitable locations where Kohl’s stores can be opened; and doing will include actual opening.

It can be said that Kohl’s has many options in which it can use Disney principles. It may increase ecological awareness, attract more attention to ecological issues, enlarge its business thanks to store abroad and increase the effectiveness rate thanks to employees’ motivation. Thus, it should not be afraid to make new steps and pick innovative approaches in order to expand and improve its business situation.

Kohl’s is a company with a well-known name which grew amazingly fast thanks to smart calculations, vivid planning and originality. Nowadays, it is considered to be one of the biggest department store chains in the United States. Nevertheless, it has very many competitors which are also improving quickly. In order to keep its leading position, the company has to dream big, believe in its possibilities, dare to make dreams come true, and actually do it. This way, Kohl’s will keep on working successfully and effectively by satisfying its customers