Conflicts in Groups at the Workplace

Home › Management › Conflicts in Groups at the Workplace 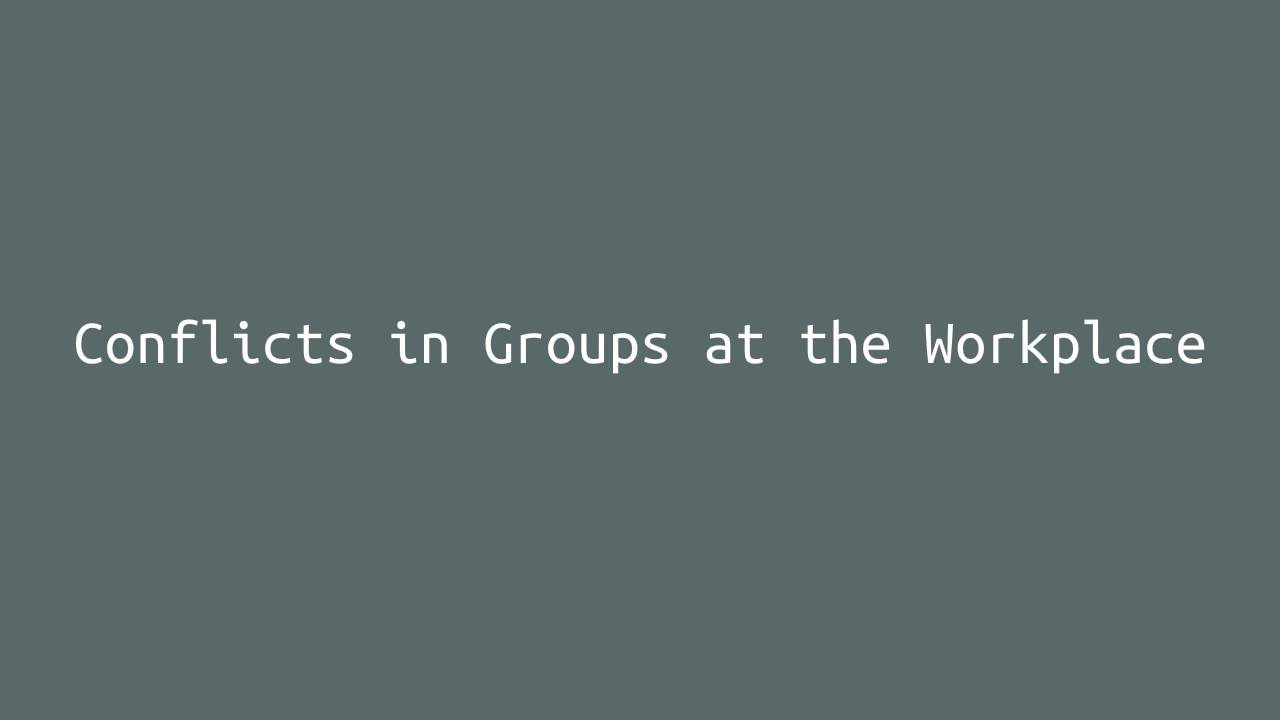 Groups are always considered the best possible working tool in attaining the goals set by the organization. However, the efforts and focus of the group may be negatively affected when conflict situations occur, thus they decrease the level of cooperation and understanding among the team members (Lewin, Gollan, Lipsky, Avgar, & Lamare, 2016). To ensure the group remains united and works in the correct direction, it is essential to use the most appropriate ways of solving the conflict in addition to the promotion of effective communication in the group. Moreover, good group communication in the situations of conflicts helps in avoiding further conflicts as well as promoting and enhancing understanding among the group members (Raines, 2012). In addition, operations managers can be helpful in the conflict situation as they are able to effectively and efficiently coordinate the process of conflict resolution. Group work is best in realizing the set objectives, but it must be managed appropriately in order to avoid conflict situations, which may have a negative impact on the group performance.

At my workplace, I witnessed the conflict situation of grudges and personal clashes among the group members. In tandem to the grudges in the group, the members of the group held grudges against each other at the moment when one of them felt that he/she had been treated with the lack of fairness. Moreover, grudges occurred in my group when the members criticized each other in an inappropriate manner (Isom, 2014). More so, in some cases, the members of the group became angry with each other because of the unhealthy competition, as each member wanted to be regarded the best, and this resulted in hostility. Personality clashes occurred when the group members were selected randomly. Differences occurred because of the lack of agreement on the standard working approach and the level of cooperation needed to deliver the given projects.

It is worth noting that the above conflict in the group can be solved effectively through the use of the correct strategies. To begin with, it is essential to deal with the conflict of grudges and personality clashes at the moment they arise. Ignoring the conflict and hoping that the conflict might resolve itself is not an option since the conflict might worsen with time thus making it difficult to be solved appropriately (Isom, 2014). Second, it is necessary to present the evidence of the conflict from a positive point of view to motivate other group members to work towards achieving the common objectives. For instance, the conflict on grudges and personal clashes can be presented as the enthusiasm expressed by other members of the group to work collectively and in peaceful and friendly environment. Third, the conflict should be confronted as a challenge that ought to be solved (Lewin, Gollan, Lipsky, Avgar, & Lamare, 2016). It is vital to work together in order to solve the conflict. In the case of grudges and personal clashes among the group members, they ought to be informed about the need of having a peaceful coexistence in the group. Fourth, unjustified harming of one’s reputation or blaming each other should be avoided while solving the conflict. It is not necessary to blame the individuals holding grudges against each other or mentioning the names of the group members involved in personality clashes because the conflict should be solved from a general point of view.

Fifth, it is critical to involve the aspects of fairness and open mindedness in solving the conflict. In this case, it is critical to look into some of the issues that lead to grudges in the group in addition to the factors that resulted in personality clashes in the group (Raines, 2012). Sixth, it is important to emphasize on the positive criticism and avoided negative criticism in the group. The negative impacts of grudges and personality clashes on the activities of the group should be mentioned rather than focusing on negative criticism. Seventh, it is essential to make each group member to look at both sides of the conflict in order to realize the essential elements of the conflict and find the effective solution. Such an approach helps to test the conflict comprehension of every group member (Raines, 2012). Lastly, brainstorming should be used as a strategy in finding solutions to the conflict. It will help in understanding the difficult aspects of the conflict and solving them effectively and adequately.

Lack of common opinions in cases of group work results in conflicts. It is evident that group communication plays a significant role in the management of conflict situations. Research on the effectiveness of communication in conflict management provides that poor communication results in lack of understanding, and thus leads to further conflicts (Isom, 2014). In this regard, it is necessary to involve the aspect of clarity and precision in the process of communication in cases of conflicts, which helps to avoid conflict situations. The relevancy of words and thoughts should also be put into consideration in order to ensure that the intended message is clearly conveyed. Words that may hurt the feelings of others should be avoided.

In conclusion, conflicts are inevitable during the group work. Conflict situations arise when some group members experience lack of cooperation between each other. The management of conflicts among group members can be effective if specific strategies are applied. They help to avoid blaming each other and harming one’s positive reputation. Apart from this, successful group communication is an essential element in conflict resolution. It is because it helps to create healthy environment for solving the conflicts, In addition, it increases and enhances understanding of the conflict as well as reduces the risk of group members making generalizations and wrong assumptions about the conflict. Moreover, effective group communication plays a significant role for the operating manager in conflict situations.

Isom, O. (2014). Wounds caused by gossip attitudes and conflicts in the workplace: How to deal with difficult people and situations on the job. New York, NY: AuthorHouse.